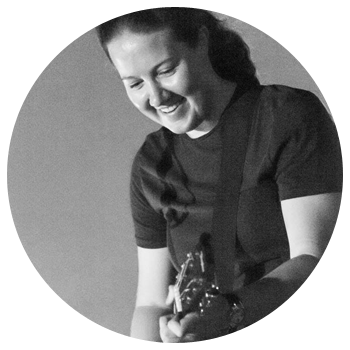 Web designer by day, Anna DiTommaso has been playing music and writing songs since she was 14 years old.

Anna is one half of the Dallas based DuoTones, an entertainment focused band known for their large range of covers and original music.

With two records released, she’s working on her third. Anna is a huge baseball fan (Go Rays!) and has attended a game at each Major League Ballpark. She is also the creator of the baseball community website Baseball Bucket List.

You can download Anna’s record “One More Cup of Coffee” for free.